Ange Postecoglou has won over a legion of fans by guiding Celtic to the brink of winning the Scottish Premiership – but none more famous than Rod Stewart.

The former Socceroos coach has revealed his surprise meeting with the huge Bhoys fan, who obviously loves what the Aussie has done with the side since taking over last June.

The revelation came when he was asked on ABC TV’s Offsiders program about how he feels about supporters using his name in their own version of the Wham! song ‘Last Christmas‘.

‘My wife was horrified and thought that was how the Christmas song goes, so I was horrified to hear my kids singing it at Christmas time,’ Postecoglou laughed on Sunday.

‘It’s all a bit surreal. But I think before one of the recent games I had a knock at my door and Rod Stewart came in and gave me a hug. And that shows you things change!’ 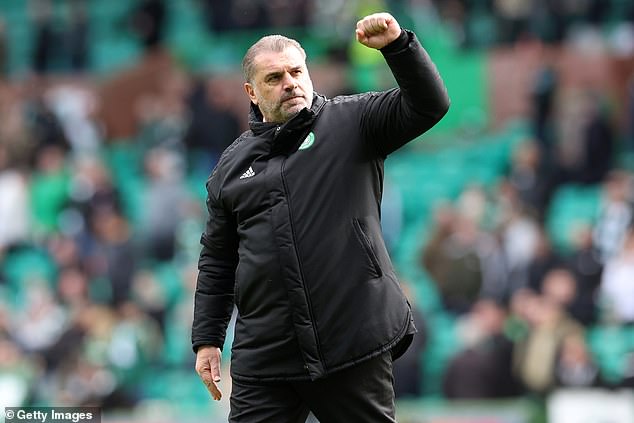 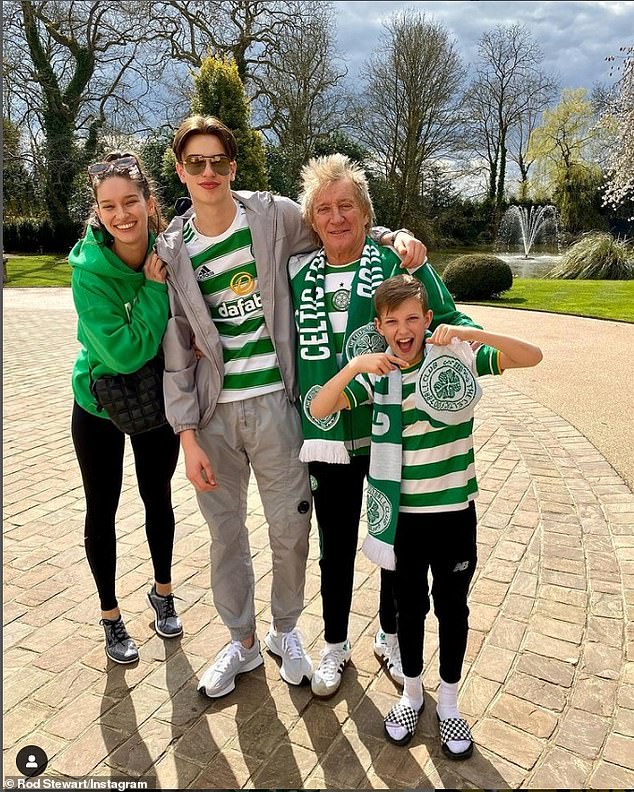 Sir Rod Stewart (pictured with his daughter Renee, 28, and sons Alistair, 16 and Aiden 11 kitted out in the Celtic colours ahead of a crunch match with Glasgow Rangers) paid Postecoglou a surprise visit recently

Celtic currently sit atop the Premiership table, six points clear of bitter rivals Rangers with four games left to play – but the 56-year-old was cagey about their chances of taking out the title.

‘It’s the whole one-game-at-a-time head-set I’ve got on at the moment where I’m not too far ahead – still a couple of steps to go,’ he said.

‘It will be special. I have already got a fairly decent collection of some fine Scottish whisky, which I would be happy to share.

‘If it does happen then, you know, I’ll break open a couple of the special ones and have a couple of quiet ones.’

Many experts were dubious about Postecoglou’s credentials when he arrived in Scotland, given his limited experience in European football after coaching in Asian competitions for most of his career.

But his incredible success in turning the team around in a very short time has seen him showered with plaudits. 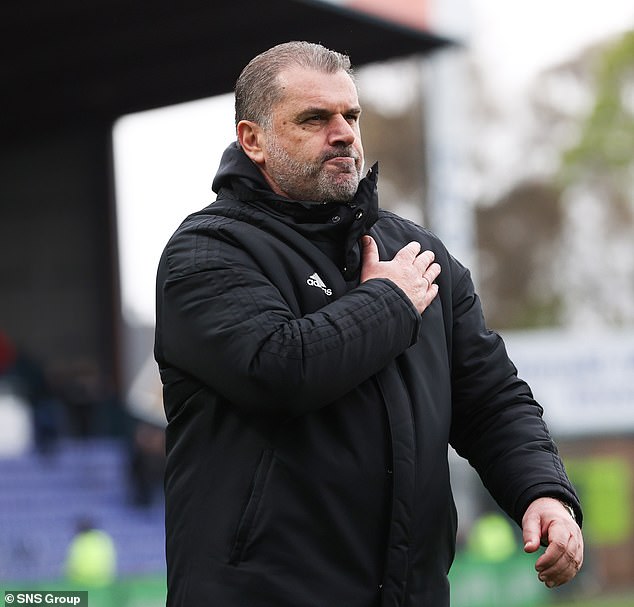 The plaudits are coming thick and fast for the former Socceroos coach now that he has Celtic poised to win the Scottish Premiership, but there was a lot of doubt over his credentials when he was first appointed 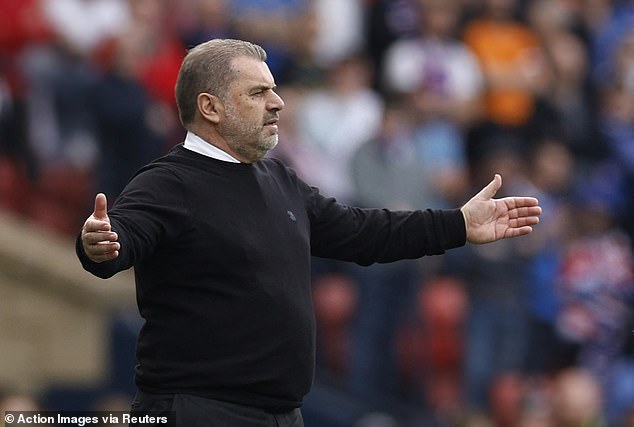 Celtic currently lead arch rivals Rangers by six points with four games to play. Postecoglou said the 3-0 victory over the Ibrox side was the most special moment of the season so far

In April, New York Times journalist Rory Smith ‘there are a lot of people at [Manchester] City who really rate him’, and he’s now been tipped as a possibility to win a managerial position with a Premier League club.

‘I kind of knew coming over here that for the most part, people would be questioning A, my appointment, and B, I guess, my credentials,’ Postecoglou told the program.

‘But I’ve, in my whole career, used that as a bit of a positive for myself in any kind of opportunity that you get. If people underestimate you, then you’re in a pretty good space provided you deliver.’

There have been many incredible moments for Postecoglou in his time at the club, but one sticks out above the others – Celtic’s 3-0 victory over Rangers in February.

‘The atmosphere that night, I’ve never experienced anything like it,’ he recalled.

‘The way we played the first 45 minutes was unbelievable. But the atmosphere, you literally could not hear yourself think, let alone talk on the night.

‘For me, that part has been probably the most special bit.’