‘Am I no longer of value to society?’ All Blacks superstars Richie McCaw and Dan Carter open up on how they’ve struggled to deal with life after the spotlight gets switched off

They were two of the greatest international rugby players to ever lace up the boots, but former All Blacks Dan Carter and Richie McCaw have revealed they have been unable to take on fulltime jobs since their retirement in 2015.

The New Zealand legends both stepped away from the game at the same time when the All Blacks lifted the Webb Ellis Cup in England.

Carter finished as the highest point scorer in Test rugby with 1598 points from 112 appearances, while McCaw was World Rugby player of the year three times across a decorated 146-Test career. 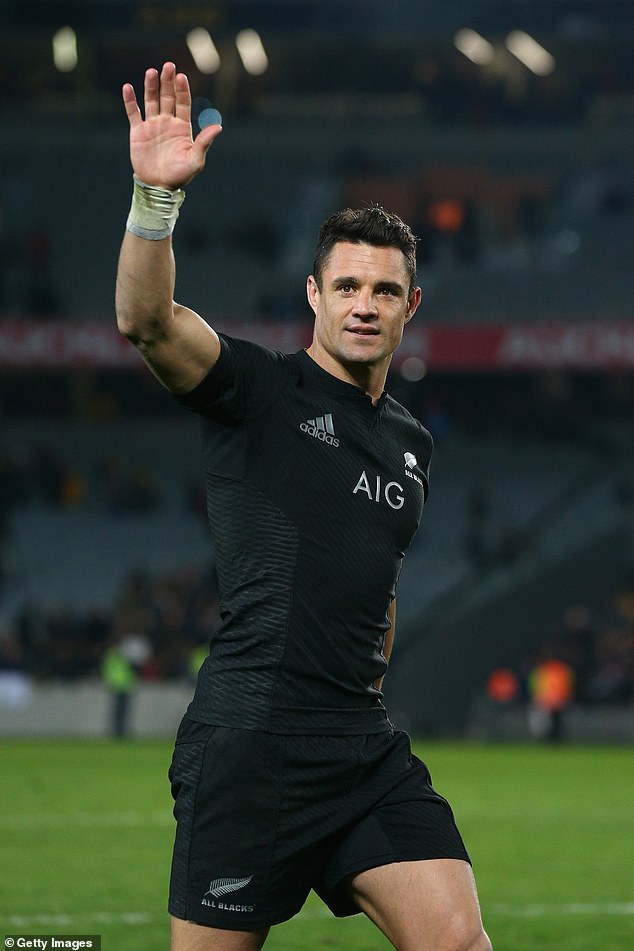 Carter waves to the crowd after winning The Rugby Championship, Bledisloe Cup match between the New Zealand All Blacks and the Australian Wallabies at Eden Park in 2015

However, life beyond rugby has not included the same fanfare, with Carter admitting he was still struggling with the world ‘retirement’.

‘I’m still trying to figure out life after rugby,’ he told News Corp.

‘There’s a temptation to feel like, I’ve finished playing, I need to be working. You get asked all the time, ‘What are you doing now?’ I’m still figuring it out, I didn’t have an answer, I was mumbling my words and finding excuses.

‘You think, ‘Gee, am I no longer of value to society because that’s what people know me for?’ I changed my mindset around that, not be defined as a rugby player.’ 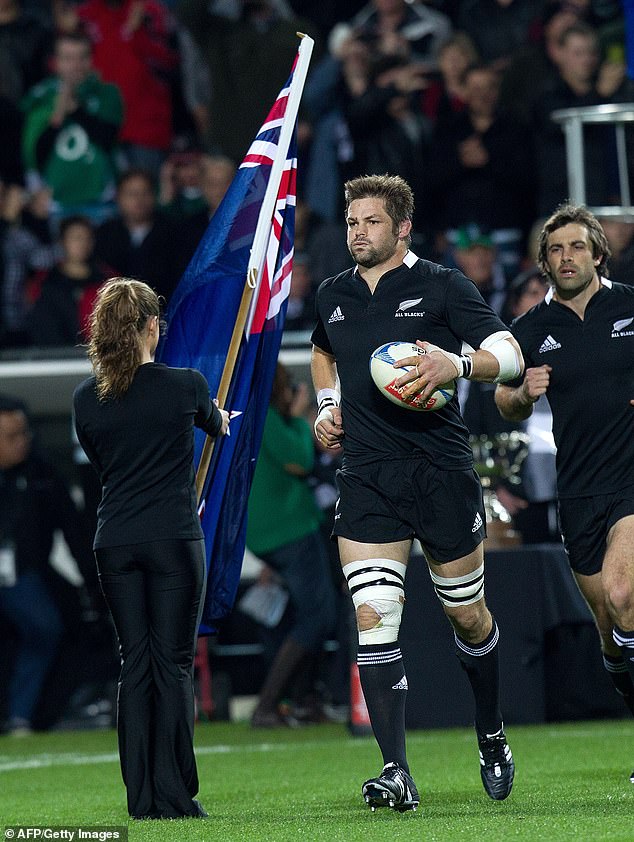 New Zealand captain Richie McCaw leads his team onto the field during their rugby union match against Ireland at Waikato Stadium in Hamilton on June 23, 2012

Carter said the transition was about more than just finding a job, it was about finding purpose. He is working through all of the character traits that drove him to become such a successful rugby player so he can apply that to the next phase of his life – and make a meaningful impact in his next role.

‘I’m actually using this time, while trying to figure out what will get me out of bed, to give back,’ he said.

‘I’m doing a bit of work with Oxford University in the UK to mentor the students around leadership, helping the future leaders of this world,’ he said.

‘But also wanting to help underprivileged children, the work I’ve done with UNICEF over the past seven years, I’ve been on the ground in Syrian refugee camps, it’s quite challenging for a lot of kids out there and it really hits home.’

That is why Carter and McCaw – along with fellow former All Black Ali Williams – launched the iSport foundation which helps young Kiwi athletes find their way into sport.

The foundation has helped Carter come to terms with his retirement – and McCaw as well.

‘I’m still trying to figure it out. It didn’t take me too long to leave behind the rugby, there’s people that finish and whether it be because of injury or whatever, they wish they were still playing,’ McCaw said.

‘But I didn’t end like that, I was excited and interested to see what was next. But that doesn’t mean I’ve got it sorted at all.’

One achievement McCaw was quick to notch up was getting into commercial helicopter flying, but he has found himself doing less and less of that today because of the impacts of Covid.

He said the next chapter would not be a single thing, but rather a string of ventures that would help give his life meaning.

‘It won’t be coaching. I know I want to give back and contribute in some way to the game because of what I got out of it, but what that looks like, I haven’t figured out,’ he said.